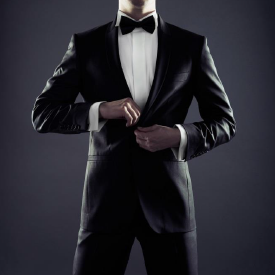 Over the last few years, there has been a fair bit of concern in the market over the general impact of rising bond interest rates. “You shouldn’t be holding bonds because rates will rise soon” goes the logic. But what does this really mean for investors? If interest rates rise, what will ultimately be the impact on investors’ portfolios?

To understand this, we first need to understand how all of the moving pieces fit together. At a high level, if interest rates increase, this generally has a negative impact on bond prices, and to get a sense for how large this impact could be, we can look to a bond’s duration1 or interest rate sensitivity2. Using the broad Bloomberg Barclays U.S. Aggregate Bond Index to approximate an  investor’s diversified bond portfolio, we see that the index has a duration of about 5.3. This means that if interest rates at ALL maturities move higher by 1 percent, the PRICE of the bonds will fall by an average of 5.3 percent.

There are a couple of key distinctions in that statement. The first is that all interest rates need to move together, not just some. The Federal Reserve can move short-term rates, but they have little direct control over 30-year rates, which contribute more heavily to price changes in bonds. The second note is that the price of the bonds will decline for a change in interest rates, but investors also still receive coupon payments3 or yield4. Currently (as of 12/8/16), the yield on the index is about 1.9 percent, which can help to offset losses from bond price movements. Taking these two sources of return together, if all interest rates move higher by 1 percent over the next year, bond investors could see a total loss of 3.4 percent. To put this into historical context, the largest total return loss on the Bloomberg Barclays U.S. Aggregate Bond Index, going back to 1976 was 2.92 percent and the index has only been negative on a total return basis in three of those 40 years.5

If a relatively significant move higher in interest rates can be expected to result in a loss (no matter how small) for fixed income investors, why take the risk of holding bonds? One way to think about fixed income is like insurance. On your car, you probably pay an insurance premium of about $150 per month, or $1,800 per year. If you are driving a $20,000 car, that annual premium represents 9 percent of your car’s value every year for protection against a significant financial loss in the case of an accident. While nobody likes paying for insurance, it’s a necessary expense
that people understand and fixed income in a portfolio might be the cheapest insurance you can buy. “Bond insurance” can provide a very strong diversifier to stocks. Going back to 1976, the Bloomberg Barclays U.S. Aggregate Bond Index had a positive total return in EVERY year that stocks had a negative return (and stocks had a positive return every year that bonds had a negative return.) Highlighting a couple of examples when the “insurance” paid off, 2008 was a year when stocks (S&P 500) declined 37.0 percent, but bonds returned 5.2 percent and in 2002, stocks were down 22.1 percent and bonds were positive 10.3 percent.6.

Over the last 40 years, stocks have outperformed bonds, so there is no denying that holding some exposure to fixed income over that time may have underperformed a pure stock portfolio, but the overall volatility of the portfolio could have been lower as well. A portfolio consisting of half S&P 500 and half Bloomberg Barclays U.S. Aggregate Bond Index would have experienced a 1.5 percent lower annual return with 40 percent lower volatility than a pure stock exposure.7 In other words, 1.5 percent annual “insurance premium” reduced your risk by over 40 percent – that’s a lot cheaper than car insurance.