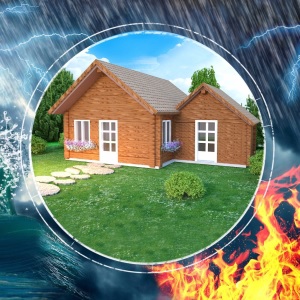 Hurricanes, wildfires, tornadoes, floods, earthquakes, winter storms, and other events often cause widespread damage to homes and other types of property. If you’ve suffered property loss as the result of a natural or
man-made disaster in 2017, you may be able to claim a casualty or property loss deduction on your federal income tax return.

What is a casualty loss?

A casualty is the destruction, damage, or loss of property caused by an unusual, sudden, or unexpected event. Casualty losses may result from natural disasters or from other events such as fires, accidents, thefts, or vandalism. You probably don’t have a deductible casualty loss, however, if your property is damaged as the result of gradual deterioration (e.g., a long-term termite infestation).

How do you calculate the amount of your loss?

To calculate a casualty loss on personal-use property, like your home, that’s been damaged or destroyed, you first need two important pieces of data:

Starting with the lower of the two amounts above, subtract any insurance or other reimbursement that you have received or that you expect to receive. The result is generally the amount of your loss. If you receive
insurance payments or other reimbursement that is more than your adjusted basis in the destroyed or damaged property, you may actually have a gain. There are special rules for reporting such gain, postponing the gain,
excluding gain on a main home, and purchasing replacement property.

After you determine your casualty loss on personal-use property, you have to reduce the loss by $100. The $100 reduction applies per casualty, not per individual item of property. Two or more events that are closely related
may be considered a single casualty. For example, wind and flood damage from the same storm would typically be considered a single casualty event, subject to only one $100 reduction. If both your home and automobile
were damaged by the storm, the damage is also considered part of a single casualty event — you do not have to subtract $100 for each piece of property.

You must also reduce the total of all your casualty and theft losses on personal property by 10% of your adjusted gross income (AGI) after each loss is reduced by the $100 rule, above.

Keep in mind that special rules apply for those affected by Hurricanes Harvey, Irma, and Maria. The Disaster Tax Relief Act of 2017 increased the threshold for claiming a casualty loss deduction to $500, waived the requirement that the loss is deductible only to the extent it exceeds 10% of AGI, and allowed a deduction even for those who do not itemize.

Also note that the rules for calculating loss can be different for business property or property that’s used to produce income, such as rental property.

When can you deduct a casualty loss?

Casualty losses are reported on IRS Form 4684, Casualties and Thefts. Any losses relating to personal-use property are carried over to Form 1040, Schedule A, Itemized Deductions.

Where can you get more information?

The rules relating to casualty losses can be complicated. Additional information can be found in the instructions to Form 4684 and in IRS Publication 547, Casualties, Disasters, and Thefts. If you have suffered a casualty loss,
though, you should consider discussing your individual circumstances with a tax professional.