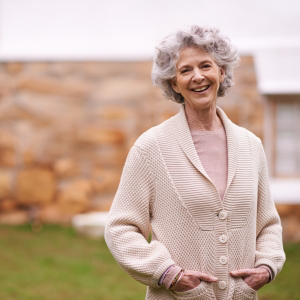 Each year for its Retirement Confidence Survey, the Employee Benefit Research Institute (EBRI) surveys 1,000 workers and 1,000 retirees to assess how confident they are in their ability to afford a comfortable retirement. Once again, in 2019, retirees expressed stronger confidence than workers: 82% of retirees reported feeling “very” or “somewhat” confident, compared with 67% of workers. A closer look at some of the survey results reveals various lessons today’s workers can learn from current retirees.

Let’s start with a breakdown of the percentage of retirees who said the following resources provide at least a minor source of income:

Perhaps the most striking percentage is the last one, given that 74% of today’s workers expect work-related earnings to be at least a minor source of income in retirement. Currently, just one in four retirees works for pay.

Building upon Lesson 1, it may benefit workers to proceed with caution when estimating their retirement age, as the Retirement Confidence Survey consistently finds a big gap between workers’ expectations and retirees’ actual retirement age.

In 2019, the gap is three years: Workers said they expect to retire at the median age of 65, whereas retirees said they retired at a median age of 62. Three years can make a big difference when it comes to figuring out how much workers need to accumulate by their first year of retirement. Moreover, 34% of workers reported that they plan to retire at age 70 or older (or not at all), while just 6% of current retirees fell into this category. In fact, almost 40% of retirees said they retired before age 60.

The reality is that more than four in 10 retirees retired earlier than planned, often due to a health issue or change in their organizations. Estimating retirement age is one area where workers may want to hope for the best but prepare for the worst.

Lesson 3: Income is largely a result of individual savings efforts

Even though 64% of current retirees have defined benefit or pension plans, an even larger percentage say they rely on current savings and investments, and more than half rely on income from IRAs and/or workplace plans. Current workers are much less likely to have defined benefit or pension plans, so it is even more important that they focus on their own savings efforts.

Fortunately, workers appear to be recognizing this fact, as 82% said they expect their workplace retirement savings plan to be a source of income in retirement, with more than half saying they expect employer plans to play a “major” role.

Lesson 4: Some expenses, particularly health care, may be higher than expected

Workers may want to take heed from this data and calculate a savings goal that accounts specifically for health-care expenses. They may also want to familiarize themselves with what Medicare does and does not cover (e.g., dental and vision costs are not covered) and think strategically about a health savings account if they have the opportunity to utilize one at work.

Just 26% of retirees indicated that debt is a problem, while 60% of workers said this is the case for them. Unfortunately, debt can hinder retirement savings success: seven in 10 workers reported that their non-mortgage debt has affected their ability to save for retirement. Also consider that 32% of workers with a major debt problem were not at all confident about having enough money to live comfortably in retirement, compared with just 5% of workers who don’t have a debt problem.

As part of their overall financial strategy, workers may want to develop a plan to pay down as much debt as possible prior to retirement.

Wellspring Financial Partners, LLC does not provide tax or legal advice. The information presented here is not specific to any individual’s personal circumstances.

To the extent that this material concerns tax matters, it is not intended or written to be used, and cannot be used, by a taxpayer for the purpose of avoiding penalties that may be imposed by law. Each taxpayer should seek independent advice from a tax professional based on his or her individual circumstances.