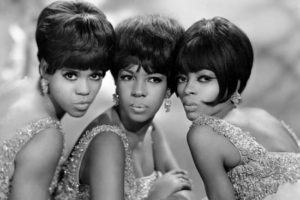 This article has a little heavy metal with it, and we don’t want it to be too weighty, but we should talk about international investing.

We all would like to be considered really good at something.  For some it might be being a great mother, some at playing great basketball, for some it’s business leadership, and some at public speaking, etc. etc..  If we are considered really good at it, we might even be complimented by others as ‘supreme’.  Yet though the words are similar, and ‘extreme’ means on the high end, almost none of us want to be considered extreme at something, as that word extreme generally indicates ‘too much of it’.  Thus it is in investing.  We want to be supreme, and not extreme.

We present to you today why being diversified globally is supreme, and it naturally avoids the extremes.  And like a good song, it plays quite nicely.

“Diversification” is actually a higher level investment concept (co-variance, non-perfect correlation) that sounds sophisticated but simply means what your grandmother told you; “Don’t put all your eggs in one basket”.   Putting all your money in just one area is called “over-concentration”.  Further, you potentially have better portfolio performance if two kinds of investments (called ‘asset classes’) are used in your portfolio that don’t go up and down at the same time. (Investors at Wellspring actually have 34 asset classes, but who’s counting).  Diversification has been called “the only free lunch in finance”, a comment attributed to Harry Markowitz, who won a Nobel Prize in Economics for his ground-breaking work on Modern Portfolio Theory.

As first indicated above, rather than just investing broadly in the USA market, part of financial diversification is investing internationally, or what we will henceforth call global investing.  Why would we do that?  Though you may not realize it, in spite of the powerful size of the United States role in capital markets, only 54% of the total global (free-float adjusted) stock market value is in the US[i].  Actually, more than 68% of the bond market is overseas[ii].  If you want to know interesting details of these overseas markets and their returns, I’ve assembled a PDF slide set for the geek in you (I love you man; see attached).  However, if you’d rather watch paint dry, let me extract for you some relevant high-level points;

We invest internationally at Wellspring, holding both bonds and stocks of international entities.  In addition to all the reasons above of why it makes sense, let us just put on the table that so far in this year (2017), the stock market in the United States is up somewhere between 8-9%.  Truth be told, that’s pretty good for 9 months work.  However, grab onto to this tune;

All the above is probably why those three beautiful ladies from Detroit called themselves The Supremes, not The Extremes.  When contemplating of all those international businesses and market places interacting simultaneously, we also think “I Hear A Symphony”, just like they did.  Take a stroll down that lane if you want here; https://www.youtube.com/watch?v=_T9SEY8eLyk