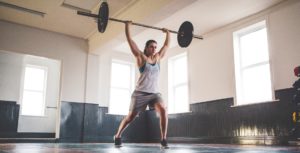 It has been 13 years since Congress enacted the Pension Protection Act of 2006, the last piece of major legislation affecting retirement plans. Significant provisions affecting retirement plans were included in various versions of President Trump’s tax reform bill enacted in 2017, but Congress ultimately punted, and none of them made it into the final bill. This past May, the House passed, by a near unanimous vote (417 – 3), the “Setting Every Community up for Retirement Enhancement Act” (The “SECURE Act”). Such strong support in the House suggests this legislation has an excellent chance of becoming a law before the end of the year. This is now contingent on Senate action. Although many of the provisions in this bill have strong support in the Senate, under the Senate’s arcane procedural rules, a single Senator could tie this legislation up in committee.

A number of important provisions in this bill have appeared in past bills and have strong bipartisan support. Thus, regardless of whether the House bill becomes law this year, it is almost certain that the majority of these provisions will be enacted at some point in the not too distant future.

Some of the more important provisions of this bill include:

This information was developed as a general guide to educate plan sponsors and is not intended as authoritative guidance or tax/legal advice. It is not intended to provide specific legal, tax or other professional advice. The services of an appropriate professional should be sought regarding your individual situation.