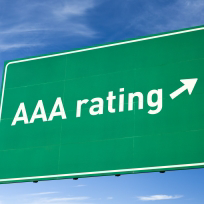 Many of our articles deal with equities (generally meaning stocks) and their respective traits (their returns, volatility, what drives their price, etc.).  People like to learn about stocks because “they’re sexy” (some say).  Yet, equally important to your future (directly or indirectly, as I’ll shortly show) is their counterpart; bonds (fixed income by any other name).  You should know about them because bonds play an important role in our global economy and in your portfolio.  It may also surprise you to learn that in the United States in 2016, there were roughly $200 Billion[i] of new share (i.e. stock) issuances.  However, there were $1.5 TRILLION of new corporate bonds issued, 700% more than the oft-touted equity offerings!

Lest the education get too long in this letter, let’s just focus on the particulars of exactly WHAT a bond is and how it works.  More particularly, let’s focus on corporate bonds, that being those bonds issued by companies vs. by countries.  The latter operate much the same way, and many of the attributes will be understood by focusing on corporate bonds.

Bonds are created instruments (called ‘debt securities’ as opposed to ‘equity securities’ for stocks) in that companies have the freedom to create them, or not.  If a company wants to raise money to invest in new products, or build new buildings, it really only has three options to do so;

Bondholder agreements most commonly protect the repayment of debt with higher order of requirements on the company.  These agreements (often called covenants) are sometimes backed by specific collateral of the company, in the same way the bank holds the actual title on a personal home until the mortgage is paid off by the homeowner.  However, some companies in the world are much riskier to lend to than other companies, and this characteristic is called their credit risk.  The way bondholders are compensated for lending monies to riskier companies is to receive a higher coupon rate on the debt that they lend.  Companies that don’t pay their money back have technically defaulted on their obligation.

Now that we have set the foundation for bonds, let’s talk about how they fit into your portfolio;

Thus, in summary, bonds place a crucial role in the economy and you are part of that lending. But, we are only going to lend to people who will repay it.  As Will Rogers was once recorded to have said: “I’m not as concerned about the return on my money as the return of my money”.  We concur.